History of Mice in the White House 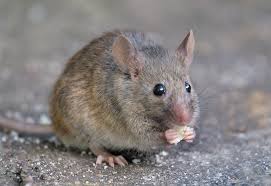 Mice live in many different environments. According to Animal moms, “Mice make homes in different habitats, such as deciduous forests, open grasslands, farms, on the borders of streams, swamps and ponds, Rocky Mountains and city settings. Mice are commonly found living in terrestrial environments at most elevations. Some mice prefer habitats with moisture and humidity, such as those surrounding water sources, while others, like the pocket mouse, adapted to survive in arid desert environments. Mice territories commonly overlap, especially if there are numerous species of mice in one area.”

Two hundred years ago, before the White House was built, our nation’s capital, Washington, DC, was rolling farmland located on the banks of the Potomac River. So right away, we can identify deciduous forests, grassland, farms, and waterways as being mouse habitats. Washington gets cold temperatures in the winter and mice seek shelter in the winter, so the White House makes a perfect place for mice to stay warm. Washington gets warm in the summer and that includes humidity. Again, another plus for mice.

As long as the White House has been standing, there have been mice.

All Presidents after Carter have complained of mice, and other pests too.

Mice have died in walls and left a nasty smell in rooms. They have been caught in traps. The GSA once declared the mouse problem solved, and yet, mice returned.

Even though I haven’t researched historical records, I know that mice were living on the land where the White House was built. I know that since the 1970s, there were mice in the White House. And, as I write this in 2019, the White has a problem with mice and other pests.

There is a long history of mice in the White House because they are still there.