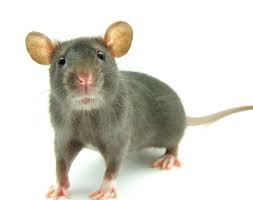 Mice are small furry creatures. Many people from farmers to city people have had run-ins with mice. Mice seems to be everywhere because they are everywhere.

I have had close run-ins with mice. I had a city apartment and there was a mouse in the kitchen. My roommate held the broom and I was to move the appliance to flush the mouse out. I moved the appliance, the mouse came out, and my roommate froze with broom in hand. The mouse scurried into a new hiding place and that is the last I saw of that mouse.

I had a country vacation house. Every spring we would go up and open up the house for the summer. Every spring I would find a dead mouse floating in the toilet. Gross. This scenario happened for a couple of years in a row. I found out that mice can get into a house through very small spaces. I had to fix that.

In the summer, I bought a can of insulating and expanding foam from the hardware store. I sprayed the foam into the cracks and crevices between the foundation and the house. The next spring, there wasn’t a dead mouse in my house!

Mice make good pets. There are many places to find information on the best way to care for a mouse. Mice have minimal allergies and shedding, they are entertaining and affectionate, they are inexpensive to own. They are clean which helps reduce their odor. They are smart creatures, even though they are small. Martin, the Mouse in the House mouse, is very smart. He runs through different houses and never gets caught.

As pets, the male mice smell worse than female mice. Male mice also fight with other male mice. It’s a territory thing about who will be the top mouse. You can have two females because they don’t fight, and they are good company to the other.

Mice are also used in science, because, believe or not, mice as like humans in how our brains and bodies work. That is why scientist like them. Some people don’t like mice because they are small, and they can carry diseases.

Mice are furry creatures that can be pets and they can be tamed. They are all over the world too. So mice are a universal animal that most people know. That is why I chose a mouse for my children’s books.